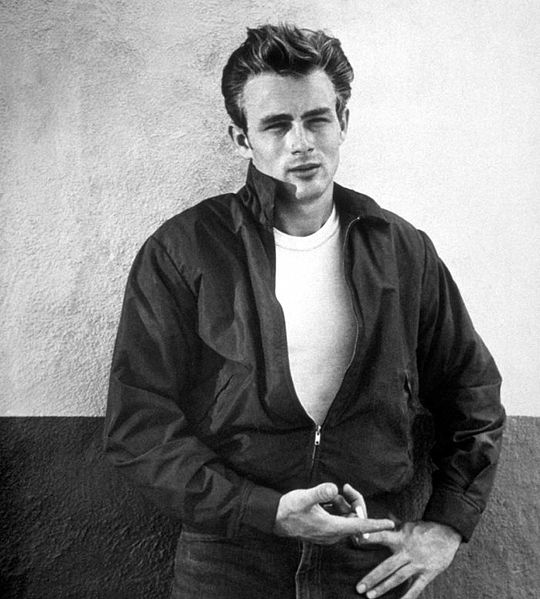 Indiana sued in Indiana state court alleging that Twitter, Inc. of California infringed the trademark James Dean, which has been issued by the U.S. Trademark Office by allowing the registration of the Twitter handle @JamesDean. The case was removed from the Superior Court of the County of Hamilton, Indiana to the Southern District of Indiana.

Plaintiff James Dean, Inc. filed a trademark complaint against Twitter, as well as the fictitious persons, John Doe Defendants 1-5 Company, in an Indiana state court. In the complaint, Plaintiff alleged that it is the exclusive owner of the name, likeness, voice, right of publicity and endorsement, worldwide trademarks, copyrights, and other intellectual property including but not limited to visual and aural depictions, artifacts, memorabilia, and life-story rights, and/or trade dress of the late movie star James Dean.

James Dean, Inc. further alleges that Twitter has allowed the registration and operation of a Twitter account, using the handle @JamesDean, located at https://twitter.com/JamesDean, which is purportedly in violation of Plaintiff’s rights.

In the complaint, filed by an Indiana trademark lawyer, James Dean, Inc. asserted nine causes of action against Twitter:

For relief, James Dean, Inc. sought damages, including treble damages, costs, and attorney’s fees as set out in the Indiana Right of Publicity Statute, Lanham Act and other statutes. In addition, Plaintiff seeks injunctive relief.

Twitter removed the action pursuant to 28 U.S.C. § 1331 (federal-question jurisdiction) and 28 U.S.C. § 1332 (diversity-of-citizenship jurisdiction). To support the former basis for federal jurisdiction, Twitter noted federal questions inherent in the filing of a claim under the Lanham Act. Twitter also claimed supplemental jurisdiction for the remaining claims under Indiana law.

To support the latter basis for jurisdiction in an Indiana federal court, Twitter asserted that the two prongs for diversity-of-citizenship jurisdiction were met. First, James Dean, Inc. is a citizen of Indiana, as it has alleged that it is incorporated under the laws of the State of Indiana with its principal place of business in Indiana, while Twitter claims to be a citizen of two states: Delaware and California. Second, while Twitter “strongly contests liability and does not believe Plaintiff is entitled to any relief whatsoever,” it indicated that, were liability to be found, the amount in controversy could exceed $75,000, given that James Dean, Inc. is suing for “all damages” allowed by the applicable statutes, which can include actual damages, treble damages, punitive damages, statutory damages and attorneys’ fees.

James Dean was born on February 8, 1931, in Marion, Indiana. He grew up in Fairmount, Indiana, about 60 miles northeast of Indianapolis. Dean starred in East of Eden, Rebel Without a Cause and Giant, receiving two Academy Award nominations for Best Actor.

In 1955, Dean died in an automobile accident. As a result of the nearly 60 years that have passed since his death, it is unlikely that those who follow @JamesDean believe that the tweets have been written by James Dean himself. Nonetheless, celebrity licensing agency CMG Worldwide, based out of Carmel, Indiana, is attempting to recover the James Dean Twitter account.

CMG, which also represents such celebrity images as Marilyn Monroe, Jackie Robinson and Babe Ruth, has attempted “on numerous occasions” to make Twitter take action to block and identify owners of various unauthorized accounts. Those accounts could give the impression, it says, that the users have permission from the estates of the celebrities or CMG and “result in immeasurable and irreparable damage.”

Finally, most of the James Dean trademarks that were registered by the U.S. Trademark Office have been either abandoned or cancelled. It will be interesting to see to what degree this fact influences the court, should liability be established and a calculation of damages be appropriate.

The case was filed by Theodore J. Minch. The case has been assigned to District Judge William T. Lawrence and Magistrate Judge Debra McVicker Lynch in the Southern District of Indiana and assigned Case No. 1:14-cv-00183-WTL-DML.