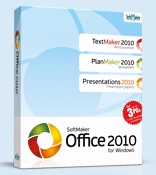 and trademark registration no. 3,104,173 for the mark TEXTMAKER registered by the US Trademark Office. The case was transferred to the Southern District of Indiana on November 29.

Practice Tip: This case was originally filed in the Southern District of California. The only allegation of a connection to California in the complaint is that defendant’s website was accessible there. The defendant succeeded in getting the case transferred to Indiana, the domicile of the defendant company.

This case has been assigned to Judge Jane E. Magnus-Stinson and Magistrate Judge Denise K. LaRue in the Southern District of Indiana, and assigned Case No. 1:11-cv-01574-JMS-DKL.CAComplaint

Further Information about the case is as follows