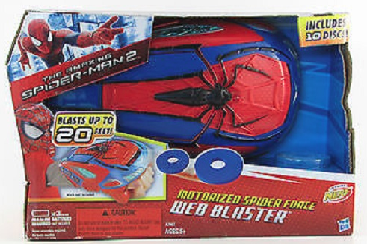 with its “Web Blaster,” a toy that allowed users to mimic Spider-Man’s web-slinging superpower. The litigation ended with a settlement wherein Marvel purchased Kimble’s patent for a lump sum and agreed to pay a 3% perpetual royalty on future sales.

Patent attorneys for Marvel later discovered controlling authority, Brulotte v. Thys Co., 379 U. S. 29 (1964), of which both parties had earlier been unaware. Under Brulotte, an agreement requiring royalties to be paid past the expiration of the patent is unlawful per se. Marvel sued for declaratory relief, asking for a judgment that it could stop paying royalties to Kimble. The district court granted relief to Marvel and the Ninth Circuit affirmed.

In the instant patent litigation, Kimble asked the Supreme Court to overturn Brulotte. The Court acknowledged that Brulotte has been severely criticized but, invoking stare decisis, declined to overrule the longstanding precedent. Stare decisis was particularly appropriate in this litigation, the Court stated, because Brulotte interprets a statute. Consequently, noted the Court, criticisms of the Court’s interpretation are “more appropriately addressed to Congress.”

Regarding the substance of the ruling, “a patent typically expires 20 years from the day the application for it was filed,” stated Justice Kagan, writing for the Court. “And when the patent expires, the patentee’s prerogatives expire too, and the right to make or use the article, free from all restriction, passes to the public.” Agreements that encumber this freedom, including the settlement into which Kimble and Marvel entered, run “counter to the policy and purpose of the patent laws.”

Justice Alito’s dissent argued that the decision in Brulotte constituted “a clear case of judicial overreach” that resulted in a “baseless and damaging precedent.” Brulotte, he stated, had not been based on statutory interpretation but instead had been based “on an economic theory–and one that has been debunked.”

The dissent continued that stare decisis did not require the Court to uphold Brulotte‘s per se rule. Moreover, it stated, “Brulotte‘s holding had no basis in the law. Its reasoning has been thoroughly disproved. It poses economic barriers that stifle innovation. And it unsettles contractual expectations.” The dissent concluded that the Court should have overruled its obvious mistake.