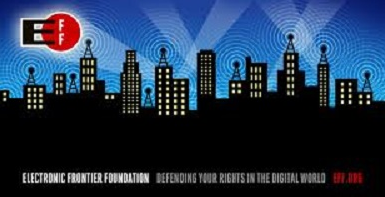 As reported by Jeremy Malcolm, Senior Global Policy Analyst for the Electronic Frontier Foundation, when the test of the Trans-Pacific Partnership (TPP) was released in November 2015, it included provisions dictating the kinds of penalties that should be available in cases of copyright infringement. Amongst those provisions, the following footnote allowed countries some flexibility in applying criminal procedures and penalties to cases of willful copyright infringement on a commercial scale:

With regard to copyright and related rights piracy provided for under paragraph 1,a Party may limit application of this paragraph to the cases in which there is an impact on the right holder’s ability to exploit the work, performance or phonogram in the market.

Following the footnote back to its source, it is apparent that the reference to limiting “the application of this paragraph” is to a more specific list of criminal procedures and penalties that the parties are required to make available in such cases. Paraphrased, these are:

• sentences of imprisonment as well as deterrent-level monetary fines;
• higher penalties in more serious circumstances, such as threats to public health or safety;
• seizure of suspected infringing items, the materials and implements used to produce them, and documentary evidence relating to them;
• the release of those items, materials, implements and evidence for use in civil proceedings;
• forfeiture or destruction of those items, materials and implements;
• forfeiture of any assets (such as money) derived from the infringement; and

• the ability for officials to take legal action against the alleged infringer on their own initiative, without requiring a complaint from the rights holder (this is called “ex officio action”).

As of the date of writing, the text excerpted at the top of this page is still the version of the text found on the United States Trade Representative (USTR) website. However on January 26, a slightly different version was uploaded to the website of the official host of the agreement, New Zealand. This version provides:

With regard to copyright and related rights piracy provided for under paragraph 1, a Party may limit application of this subparagraph to the cases in which there is an impact on the right holder’s ability to exploit the work, performance or phonogram in the market.

With regard to copyright and related rights piracy provided for under paragraph 1, a Party may limit application of this subparagraph to the cases in which there is an impact on the right holder’s ability to exploit the work, performance or phonogram in the market.

What does this surreptitious change from “paragraph” to “subparagraph” mean? Well, in its original form the provision exempted a country from making available any of the criminal procedures and penalties listed above, except in circumstances where there was an impact on the copyright holder’s ability to exploit their work in the market.

In its revised form, the only criminal provision that a country is exempted from applying in those circumstances is the one to which the footnote is attached–namely, the ex officio action provision. Which means, under this amendment, all of the other criminal procedures and penalties must be available even if the infringement has absolutely no impact on the right holder’s ability to exploit their work in the market. The only enforcement provision that countries have the flexibility to withhold in such cases is the authority of state officials to take legal action into their own hands.

This is a very significant change. Let’s look at an example of how it might work. Take a website that shares multilingual subtitle files for movies. Although a technical copyright infringement, there are many legitimate uses for these files; for example, they allow you to lawfully purchase a foreign movie that isn’t available in your own country, and then to add subtitles to view the film in your own language. The sale of such subtitle files is as good an example as any of a niche service that copyright owners have never bothered to commercially fill, and probably never will, particularly for less commonly spoken languages.

Under the TPP’s original terms, a country could limit the exposure of the owner of such a website to prison time, or to the seizure and possible destruction of their server, on the grounds that by definition their infringement didn’t cause any lost sales to the copyright owner. (Note that they would be liable for civil damages to the copyright owner in any case.)

Although a country still has the option to limit criminal penalties to “commercial scale” infringements (which is so broadly defined that it could catch even a non-profit subtitles website), the new language compels TPP signatories to make these penalties available even where those infringements cause absolutely no impact on the copyright holder’s ability to profit from the work. This is a massive extension of the provision’s already expansive scope.

How could this happen, when the TPP had supposedly already been finalized when the original text was released in November? The answer is that the original text had not been “legally scrubbed.” The legal scrubbing process, which was ongoing from November until the re-release of the text last month, was meant to be a process in which lawyers, trade ministry staff, and translators, go over the deal word-by-word, to ensure that it is legally consistent and free of unintended errors or loopholes.

It is most certainly not an opportunity for the negotiators to make any substantive changes to the text. Since the change highlighted above is unarguably a substantive change, the only basis for the change to be made during legal scrubbing would be if it were an error. But is it an error?

We don’t know for sure–though EFF has contacted the USTR for clarification, and we will update this post if we receive an answer. But logically, the original text doesn’t seem to have been an error, because there seems to be no rational basis why countries should be allowed to limit the availability of ex officio action, but not to similarly limit the availability of the other criminal remedies.

Think about it. What sense is there in sending someone to jail for an infringement that causes no harm to the copyright holder, whether they complain about it or not? And why should it matter that the copyright holder complains about something that didn’t affect them anyway? Surely, if the copyright holder suffers no harm, then a country ought to be able to suspend the whole gamut of criminal procedures and penalties, not only the availability of ex officio action.

This is no error–or if it is, then the parties were only in error in agreeing to a proposal that was complete nonsense to begin with. But most likely, this is an underhanded attempt to renegotiate the Trans-Pacific Partnership before its ink is even dry. In an agreement that was an undemocratic power grab from the outset, this devious move marks the lowest point to which the negotiators have yet sunk. It gives us all even more reason, as if any were needed, to demand that our representatives refuse to ratify this dreadful agreement.