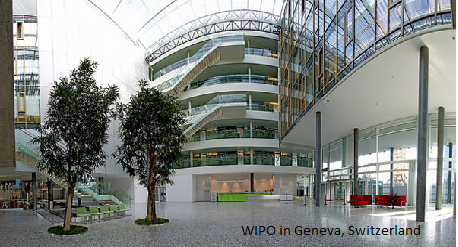 Currently, U.S. applicants wishing to pursue protection for industrial designs in multiple jurisdictions must file individual applications in each of the respective jurisdictions where industrial design rights are desired. When the Hague Agreement enters into force for the United States, it will be possible for U.S. applicants to file a single international design application either with WIPO in Geneva, Switzerland, or the USPTO to obtain protection in multiple economies. The Hague system for the protection of industrial designs provides a practical solution for registering up to 100 designs in over 62 territories with the filing of one single international application.

“U.S. accession to the Geneva Act of the Hague Agreement will provide applicants with the opportunity for improved efficiencies and cost savings in protecting their innovative designs in the global economy,” said Deputy Under Secretary for Commerce for Intellectual Property and Deputy Director of the USPTO Michelle K. Lee. “We are extremely excited about joining the Hague Union and contributing to the continued expansion and development of the Hague system which facilitates protection of industrial designs in design registration and examination systems alike.”

The Hague system offers applicants increased filing efficiencies and potential cost savings in pursuing protection for their innovative industrial designs. As envisioned under the Geneva Act, the United States will continue to substantively examine design applications and to grant design rights in the form of U.S. design patents, whether the application is filed pursuant to the Hague Agreement or as a United States design patent application.

USPTO will soon publish the Final Rules governing USPTO processing and examination of international design applications filed pursuant to the Hague Agreement in the Federal Register. The Agreement, Title I of the Patent Law Treaties Implement Act of 2012 (the implementing legislation for the Hague Agreement in the United States), and the USPTO’s Final Rules are all expected to go into effect on May 13, 2015. U.S. design patents resulting from applications filed on or after May 13, 2015 will have a 15-year term.

The Hague system is expected to experience significant growth over the next few years with recent and expected additions of several countries to the member list. In addition to United States membership taking effect on May 13, 2015, South Korea became a member effective July 1, 2014, and Japan is expected to become a member in the same time period as the United States. Canada, China, and Russia are also among the countries exploring membership in the near future.