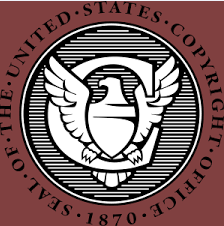 The U.S. Copyright Office, a part of the Library of Congress, issued a final rule adopting exemptions to the provision of the Digital Millennium Copyright Act (“DMCA”) that prohibits circumvention of technological measures that control access to copyrighted works.

The DMCA was enacted in 1998 to implement various elements of copyright-related World Intellectual Property Organization treaties. Included in the DMCA was a prohibition against circumventing technological measures employed by or on behalf of copyright owners to protect access to their works. The DMCA also provided for exemptions to this prohibition, which are issued by the Librarian of Congress following a rulemaking proceeding. In the course of this proceeding, the Librarian determines which “noninfringing uses by persons who are users of a copyrighted work are, or are likely to be, adversely affected by the prohibition against circumvention in the succeeding three-year period” and, through the final rule, exempts that class from the prohibition for that three-year period.

Under the DMCA, this final rule must consider “(i) the availability for use of copyrighted works; (ii) the availability for use of works for nonprofit archival, preservation, and educational purposes; (iii) the impact that the prohibition on the circumvention of technological measures applied to copyrighted works has on criticism, comment, news reporting, teaching, scholarship, or research; (iv) the effect of circumvention of technological measures on the market for or value of copyrighted works; and (v) such other factors as the Librarian considers appropriate.”

Practice Tip: The prohibition against accessing protected copyrighted works, even when that access is noninfringing, has been criticized for having unintended consequences, such as facilitating the concealment by Volkswagen of the pollution that some of its vehicles produce.