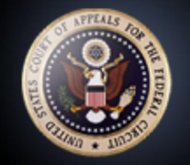 Momenta was the first to market enoxaparin, an anticoagulant drug, in generic form. Momenta also owns U.S. Patent No. 7,575,886 (“the ‘886 patent”), which includes claimed methods designed to ensure that every batch of enoxaparin was of sufficient quality. Momenta asserted the ‘886 patent against other manufacturers, including Teva and Amphastar, which also wanted to bring a generic version of enoxaparin to market. It contended that Defendants’ quality-control measures infringed the ‘886 patent.

In this litigation, the United States District Court for the District of Massachusetts determined that patent infringement had not taken place, listing two separate grounds. First, the asserted claims were directed towards analyzing enoxaparin for the purpose of quality control, not manufacture of the drug, which did not amount to patent infringement. Second, the district court found that use of the analytical methods of the ‘886 patent were protected under the safe harbor provisions of 35 U.S.C § 271(e)(1). Momenta appealed.

Circuit Judges Dyk, Moore and Wallach of the Federal Circuit ruled on this appeal in November. Writing for the court, Judge Wallach affirmed the trial court’s ruling that Defendants Teva and Amphastar had not infringed the ‘886 patent, holding that infringement under 35 U.S.C. § 271(g) occurs when “making” a product and that quality-control testing, thus, did not constitute patent infringement.

The Federal Circuit vacated the district court’s judgment that the activities were also protected under the “safe harbor” provisions within § 271(e)(1) and remanded this issue to the district court for further inquiry.