Uniloc has been called a “Patent Troll in Chief” by engadget.com, and justia.com reports that it is a party to at least 343 patent cases.  In just October of 2017, Uniloc has filed 17 patent infringement lawsuits. While most of Uniloc’s lawsuits have been filed in the patent-infringement-plaintiff-friendly State of Texas, the US Supreme Court’s recent decision in the TC Heartland case limits the venues for patent infringement cases.  This likely forced Uniloc to file this suit in Indiana where Binatone is located. 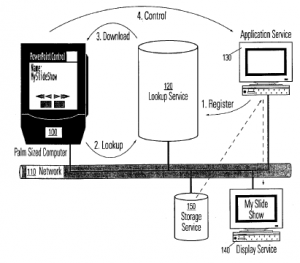 Uniloc USA, Inc. of Plano Texas, and Uniloc Luxembourg S.A filed their suit in the Southern District of Indiana alleging that Defendant, Exclusive Group LLC d/b/a/ Binatone North America, of Carmel, Indiana infringed on the U.S. Patent No. 6,216,158, System and Method Using a Palm Sized Computer to Control Network Devices (the ‘158 patent). Plaintiff is seeking declaratory judgment of infringement, damages suffered as a result of the infringement, and attorneys’ fees.

Plaintiffs Uniloc USA, as exclusive licensee of the ‘158 patent, and Uniloc Luxembourg, as owner and assignee of the ‘158 patent, filed suit alleging that a wide range of Binatone’s wireless products, such as wireless baby monitors, infringe the patent. Specifically, plaintiffs allege that Motorola’s products infringe the patent by performing the same functions that are covered under the patent; specifically, remotely controlling a wireless device over a wireless connection, using wireless commands to control the other device, and wireless control of the second device by the first device.

Plaintiffs also allege in their complaint that the Defendant indirectly infringes the patent by providing instructional videos, brochures, etc. for each product, explaining to customers how to operate the products.

Practice Tip: The asserted patent no. 6,216,158 was issued in 2001, and claim 1 appears to describe the fundamental concept of a client-server computing architecture.  In 2014, the US Supreme Court issued decided the case of Alice Corp v. CLS Bank International.  In that case, the court stated that a method “directed to an abstract idea of employing an intermediary to facilitate simultaneous exchange of obligations in order to minimize risk” is a “basic business or financial concept,” and that a “computer system merely ‘configured’ to implement an abstract method is no more patentable than an abstract method that is simply ‘electronically’ implemented.”

An issue in this case will likely be whether the patent is valid in view of Alice.  For example, claim 1 of the patent appears to merely describe the age-old idea of a client-server computing architecture: