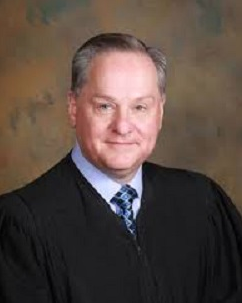 Chief Judge Philip P. Simon said “Gotsch has served as a Judge for the State of Indiana for nearly 12 years and has demonstrated the demeanor, intellect, and practical approach to problem solving that will make him an outstanding magistrate judge.”

A magistrate’s duties include presiding over preliminary proceedings in intellectual property and other cases. Judges may request that a magistrate judge handle pre-trial motions and any settlement attempts.

Judge Gotsch graduated from Notre Dame, St. John’s University of New York and Notre Dame Law School. He had served as Circuit Judge, St. Joseph County since 2004. Prior to enrolling in law school, Judge Gotsch served as an officer in the U. S. Army and was honorably discharged as a Captain.

He assumes office at the United States District Court for the Northern District of Indiana at South Bend on August 12, 2016.