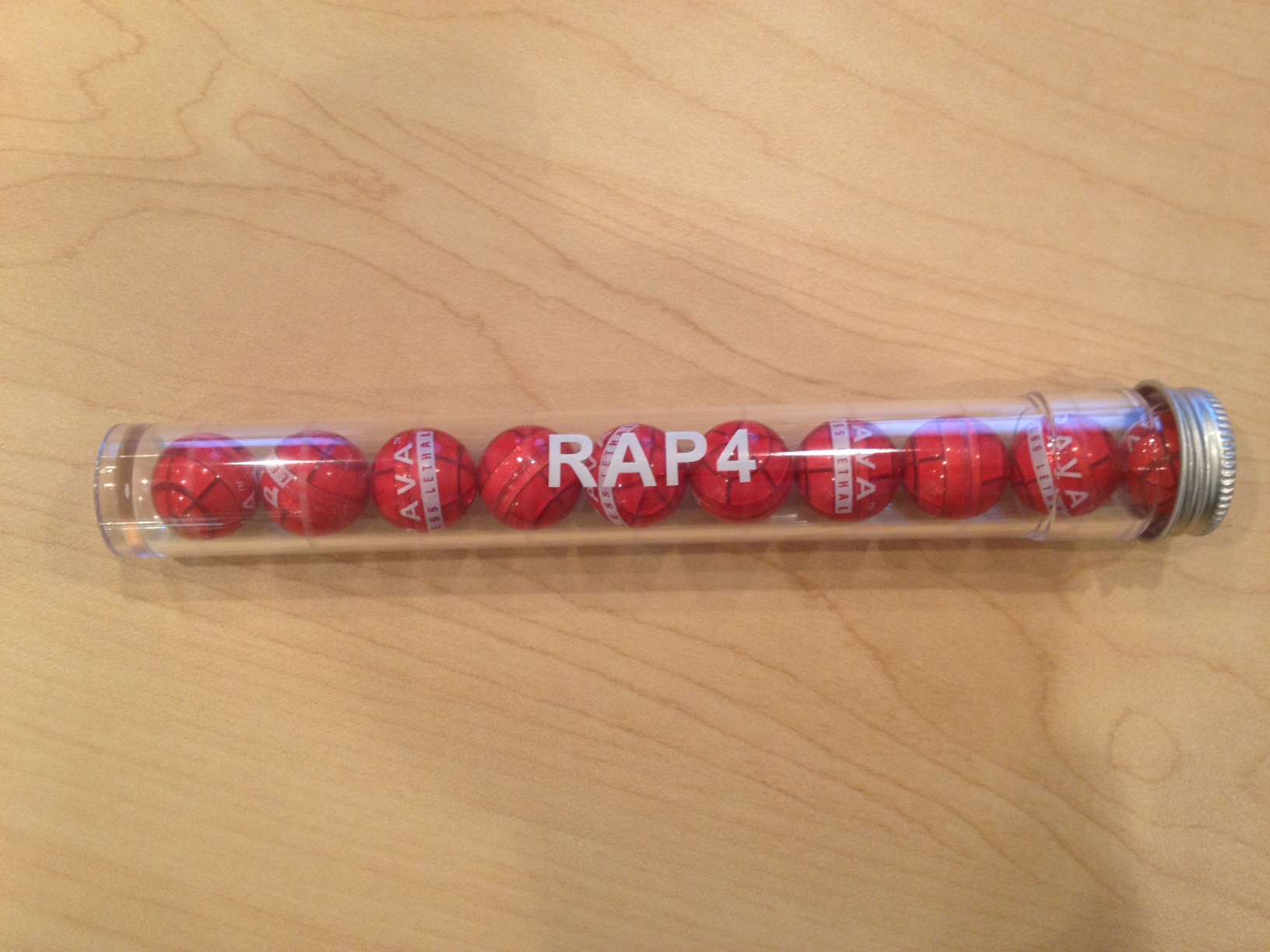 Real Action Paintball, Inc., a California corporation (collectively “RAP4”), argued before the United States Court of Appeals for the Seventh Circuit that the trademark infringement suit brought in the Northern District of Indiana by Advanced Tactical Ordnance Systems, LLC, an Indiana corporation (“ATO”), was not properly before the Indiana court, as it lacked personal jurisdiction over RAP4. The Seventh Circuit agreed and instructed the district court to dismiss the complaint.

Among the many issues in this lawsuit, including assertions by ATO of trade-dress infringement, unfair competition and misappropriation of trade secrets, were allegations that RAP4 had infringed the trademarked term “PEPPERBALL,” to which ATO claimed ownership. That trademark, Registration No. 2716025, was issued in 1999 by the U.S. Trademark Office to a non-party to this suit.

The trouble began when another company, non-party PepperBall Technologies, Inc. (“PTI”), began to have financial problems. PTI had also been a competitor in the irritant-projectile market. To address its difficulties, PTI held a foreclosure sale, the validity of which was hotly contested. ATO claimed that it had purchased PTI’s trademarks – including “PEPPERBALL” – and other property during this foreclosure sale.

During the time that PTI ceased its operations and was attempting to convey its assets, RAP4 was contacted by an executive of non-party APON, a company which had manufactured some of PTI’s irritant projectiles. He asked if RAP4 was interested in acquiring irritant projectiles from APON.

RAP4 agreed to purchase irritant projectiles from APON. After having negotiated this access to APON’s machinery, recipes, and materials – which had had at one time been used by PepperBall Technologies Inc. – RAP4 announced this fact to the people on its e-mail list. Specifically, it stated in its e-mail that it had acquired access to, “machinery, recipes, and materials once used by PepperBall Technologies Inc.” It was this language to which ATO, which claimed to be the successor in interest to PTI, particularly objected.

ATO sent a cease-and-desist letter to RAP4. In response, RAP4 added a disclaimer that it was not affiliated with PTI. ATO then sued in the Northern District of Indiana. It claimed several different theories of recovery, including intentional violations of the Lanham Act, 15 U.S.C. § 1111 et seq., common law trademark infringement and unfair competition, trade dress infringement, and misappropriation of trade secrets.

Of particular interest to the Seventh Circuit in addressing this Indiana trademark litigation was the issue of personal jurisdiction over RAP4 in the Northern District of Indiana. RAP4 contested that such jurisdiction over it was lacking. ATO countered that RAP4 had sufficient contacts, including a “blast e-mail” announcement from RAP4 that would suffice for jurisdiction in Indiana, stating that “many [RAP4 customers] are located here in the state of Illinois. I mean, state of Indiana.” It also contended that RAP4 regularly e-mailed customers or potential customers from all over the United States, including Indiana, and that RAP4 had made at least one sale to an Indiana resident.

ATO conceded that it lacked general jurisdiction. Thus, the Seventh Circuit turned to an analysis of specific jurisdiction. “For a State to exercise jurisdiction consistent with due process, the defendant’s suit-related conduct must create a substantial connection with the forum State,” noted the appellate court. Moreover, the relation between the defendant and the forum “must arise out of contacts that the ‘defendant himself’ creates with the forum.”

In determining that personal jurisdiction existed, the Indiana district court had relied on several facts: “first, [RAP4] fulfilled several orders of the allegedly infringing projectiles for purchasers in Indiana; second, it knew that Advanced Tactical was an Indiana company and could foresee that the misleading emails and sales would harm Advanced Tactical in Indiana; third, it sent at least two misleading email blasts to a list that included Indiana residents; fourth, it had an interactive website available to residents of Indiana; and finally, it put customers on its email list when they made a purchase, thereby giving the company some economic advantage.”

The Seventh Circuit held that these facts were insufficient to support specific jurisdiction. The only Indiana sales that would have been relevant were those that related to RAP4’s allegedly unlawful activity. ATO failed to meet its burden of proof of any such Indiana sales. Similarly, the court held that any effects that were purportedly felt in Indiana by ATO did not support specific jurisdiction. Instead, the relation between RAP4 and the Indiana forum “must arise out of contacts that the defendant himself creates with the forum State.”

Further, neither RAP4’s e-mail communications nor its website were held to create specific jurisdiction. If such contacts were sufficient, the court held, there would be no limiting principle on personal jurisdiction and a plaintiff could sue almost any defendant with an Internet presence or which utilized e-mail in almost any forum in the United States or the world. To find jurisdiction on such vanishingly small contacts would offend the long-held and traditional “notions of fair play and substantial justice.”

The Seventh Circuit remanded the case to the Indiana district court with instructions to vacate the judgment and dismiss the complaint for lack of personal jurisdiction.

Practice Tip #1: RAP4’s references to “Pepperball Technologies, Inc.” could not as a matter of law constitute trademark infringement, counterfeiting or false advertising. Instead, RAP4’s use of its competitor’s name is a merely a wholly permissible nominative use of that mark. As a matter of law, a “nominative use of a mark – where the only word reasonably available to describe a particular thing is pressed into service – lies outside the strictures of trademark law.”

Practice Tip #3: This case was successfully argued before the Seventh Circuit by Paul B. Overhauser, Managing Partner of Overhauser Law Offices.

The case was assigned to Chief Judge Wood and Circuit Judges Posner and Kanne in the United States Court of Appeals for the Seventh Circuit and assigned Case No. 13-3005.