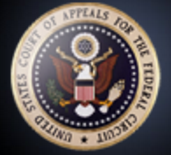 Washington, D.C. – The Federal Circuit, sitting en banc, reaffirmed its rules of patent exhaustion in a 10-2 decision. It concluded that the Supreme Court decisions in Quanta Computer, Inc. v. LG Electronics, Inc., and Kirtsaeng v. John Wiley & Sons, Inc., did not require any change in the law of patent exhaustion. The 99-page decision was consistent with the position argued in the amicus brief filed by the American Intellectual Property Law Association.

Specifically, the Federal Circuit held that a patentee, when selling a patented article subject to a single-use/no-resale restriction that is lawful and clearly communicated to the purchaser, does not give the buyer, or downstream buyers, the resale/reuse authority that has been expressly denied. Explaining that the ruling in Mallinckrodt, Inc. v. Medipart, Inc., 976 F.2d 700 (Fed. Cir. 1992) remains unchanged, Judge Taranto wrote the following:

Such resale or reuse, when contrary to the known, lawful limits on the authority conferred at the time of the original sale, remains unauthorized and therefore remains infringing conduct under the terms of § 271. Under Supreme Court precedent, a patentee may preserve its § 271 rights through such restrictions when licensing others to make and sell patented articles; Mallinckrodt held that there is no sound legal basis for denying the same ability to the patentee that makes and sells the articles itself. We find Mallinckrodt’s principle to remain sound after the Supreme Court’s decision in Quanta Computer, Inc. v. LG Electronics, Inc., 553 U.S. 617 (2008), in which the Court did not have before it or address a patentee sale at all, let alone one made subject to a restriction, but a sale made by a separate manufacturer under a patentee-granted license conferring unrestricted authority to sell.

The Federal Circuit also held that a U.S. patentee, by merely selling or authorizing the sale of a U.S.-patented article abroad, does not authorize the buyer to import the article and sell and use it in the United States, which are infringing acts absent authority from the patentee. Explaining that the ruling in Jazz Photo Corp. v. International Trade Comm’n, 264 F.3d 1094 (Fed. Cir. 2001), remains unchanged, Judge Taranto wrote the following:

Jazz Photo’s no exhaustion ruling recognizes that foreign markets under foreign sovereign control are not equivalent to the U.S. markets under U.S. control in which a U.S. patentee’s sale presumptively exhausts its rights in the article sold. A buyer may still rely on a foreign sale as a defense to infringement, but only by establishing an express or implied license–a defense separate from exhaustion, as Quanta holds–based on patentee communications or other circumstances of the sale. We conclude that Jazz Photo’s no-exhaustion principle remains sound after the Supreme Court’s decision in Kirtsaeng v. John Wiley & Sons, Inc., 133 S. Ct. 1351 (2013), in which the Court did not address patent law or whether a foreign sale should be viewed as conferring authority to engage in otherwise infringing domestic acts. Kirtsaeng is a copyright case holding that 17 U.S.C. §109(a) entitles owners of copyrighted articles to take certain acts “without the authority” of the copyright holder. There is no counterpart to that provision in the Patent Act, under which a foreign sale is properly treated as neither conclusively nor even presumptively exhausting the U.S. patentee’s rights in the United States.

Judge Dyk filed a dissenting opinion, which was joined by Judge Hughes, that generally agreed with the position argued in the government’s amicus brief.

With respect to Mallinckrodt, Judge Dyk maintained that the decision was wrong from the outset and cannot now be reconciled with the Supreme Court’s Quanta decision. “We exceed our role as a subordinate court by declining to follow the explicit domestic exhaustion rule announced by the Supreme Court,” he added. With respect to Jazz Photo, he wrote that he would retain the ruling if read to say that a foreign sale does not always exhaust U.S. patent rights, but it may if the authorized seller failed to explicitly reserve those rights.

Lexmark brought infringement actions in the district court and the International Trade Commission against Impression Products and other makers of after-market ink cartridges for Lexmark printers. Most of the district court defendants settled the litigation with Lexmark.

On appeal, the Federal Circuit sua sponte granted en banc review of whether the appellate court’s ruling on conditional sales in the U.S. must be overruled in light of Supreme Court’s Quanta decision, and whether the appellate court’s Jazz Photo ruling on international exhaustion must be overruled in light of the Supreme Court’s ruling on copyright exhaustion in Kirtsaeng.

END_OF_DOCUMENT_TOKEN_TO_BE_REPLACED 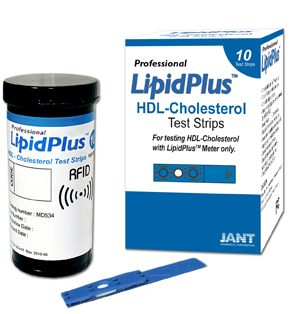 END_OF_DOCUMENT_TOKEN_TO_BE_REPLACED

Indianapolis, Indiana – In a 42-page complaint for damages and injunctive relief, trademark 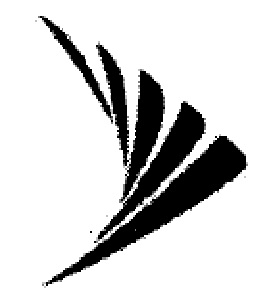 attorneys for Sprint Solutions, Inc. of Reston, Virginia; Sprint Communications Company L.P. and Boost Worldwide, Inc., the latter two of Overland Park, Kansas (collectively, “Sprint”), sued in the Southern District of Indiana alleging that Reginald Aldridge and Arrice Aldridge, both of Park Forest, Illinois, and Damion Transou of Humboldt, Tennessee infringed certain Sprint trademarks. These trademarks include the following Sprint marks:  Registration Nos. 1,104,943, 1,573,863, 1,712,259, 1,839,302, 2,833,134, 2,836,616, and 3,046,207.  They have been registered with the U.S. Trademark Office.

Sprint sells wireless handsets (“Phones”) under the brands Sprint, Boost Mobile, Virgin Mobile, payLo and Assurance Wireless for use on Sprint’s wireless network at prices significantly below the wholesale prices of the Phones so that they will be more widely accessible to consumers. Sprint states that it subsidizes the cost of the new Phones for the benefit of its “legitimate” customers. Sprint asserts that it spent more than $6.6 billion on handset subsidies in 2012.

Defendants, along with their alleged co-conspirators are accused of perpetrating an unlawful scheme of bulk handset theft and trafficking to profit from the illegal acquisition and resale of new Phones for their own profit and to the detriment of Sprint. As part of this purportedly fraudulent scheme, Sprint Phones are purchased and resold multiple times. During that process, the Phones are “unlocked” so that they may be used with any service provider, including non-Sprint providers. Sprint contends that, ultimately, these Phones end up in the hands of someone other than the Sprint customer whom Sprint intended to benefit. Sprint contends that the Phones often are sold overseas, where it does not provide service. As a result, Sprint states, Defendants are profiting from this scheme by appropriating the subsidies that Sprint provides to its customers.

Defendants are also accused of unlawfully accessing Sprint’s protected computer systems and wireless network, trafficking in Sprint’s protected and confidential computer passwords, and/or stealing legitimate customer upgrades. It is asserted that Defendants fraudulently placed at least 65 orders on more than 17 corporate accounts to which they had no legal right of access for the purpose of ordering more than 288 items valued at over $100,000.

Finally, Sprint contends that Defendants’ behavior violates the Terms and Conditions to which the sales of Phones are subject as well as willfully infringes Sprint’s trademark rights.

Defendants Arrice Aldridge and Damion Transou were indicted, in part for the activities described in the complaint.

In the complaint, filed by an Indiana trademark lawyer, in conjunction with trademark attorneys from Florida and Georgia, the following counts are asserted:

Plaintiffs ask the court for damages, including exemplary damages; attorneys’ fees and costs; a permanent injunction prohibiting the practices described in the complaint; and the delivery to Plaintiffs of the Defendants’ inventory of accused Phones.

Practice Tip: Cases of cellular phone trafficking such as these, and there are more than a few of them, are an unusual combination of contract law, trademark law and criminal law. In at least one case similar to this one, 16 defendants were also convicted of terrorism charges when it was found that the proceeds from their phone trafficking and other illegal conduct was being funneled to the terrorist organization Hezbollah.

END_OF_DOCUMENT_TOKEN_TO_BE_REPLACED

Geneva, Switzerland – The World Trade Organization (“WTO”) has granted its permission for the twin-island nation of Antigua and Barbuda (“Antigua”) to disregard intellectual property rights granted by the United States (i.e., patents, copyrights and trademarks).  The decision follows nearly ten years of negotiations and litigation pursuant to a 2003 complaint to the WTO by Antigua.

In the United States, there are three separate federal laws (the “Wire Act,” the “Travel Act” and the “Illegal Gambling Business Act”) and various state laws promulgated by Louisiana, Massachusetts, South Dakota and Utah that prohibit certain means of delivering gambling services, most particularly the interstate delivery such services.  The dispute centered on the conformance of these laws with an international trade agreement when the laws restricted online gambling services offered in the U.S. by Antigua.  [NB: Other WTO members participated as complainants but, by 2009, the U.S. had negotiated agreements with each of them.]

Via its attorneys, Antigua alleged that, together, the federal and state restrictions amounted to discrimination against foreign companies and constituted a breach of the United States’ agreement under the WTO’s General Agreement on Trade in Services (“GATS”).  Antigua stated that its economy, which had, without the restrictions, included a substantial volume of online gambling services offered to the residents of the U.S., had been significantly damaged.

END_OF_DOCUMENT_TOKEN_TO_BE_REPLACED

Batesville, IN – Patent attorneys for Batesville-based Hillenbrand Inc., and its subsidiary Batesville Casket Company, the largest U.S. maker of coffins, have won an order to ban imports of knockoff caskets from Mexico in a patent infringement decision.

The U.S. International Trade Commission (USITC) in Washington said Monday that Ataudes Aguilares, a Mexican company, will be barred from importing caskets with patented memorabilia compartments and ornamental corner pieces. Batesville has patented caskets with memorabilia compartments, which is a drawer where family members can put personal mementos, Batesville said in its complaint. The patented ornamental corner pieces allow funeral directors to easily change the pieces quickly and easily. The four patents for the caskets with memorabilia compartments, U.S. Patent Numbers 5,611,124; 5,727,291; 6,836,936; 6,976,294; and, and the parent for the quick change corner attachment, Number 7,340,810, are registered with the US Patent Office. Batesville has also patented the specialty coffins in Canada and Mexico.
END_OF_DOCUMENT_TOKEN_TO_BE_REPLACED